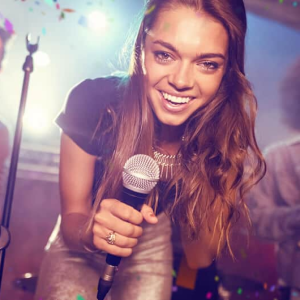 More of an enigma than The Stig. Sleeker than Fantastic Mr Fox and more elusive than the Scarlet Pimpernel.

The History and Origins of Karaoke

What Does Karaoke Mean?

What is Karaoke You Ask?

Karaoke is a fun source of entertainment in which people sing some of their favorite songs while music is played. Quite often the words are on the screen so you can basically just sing along. Karaoke is very popular in bars. People typically become a little braver when they’ve got a few drinks under their belt and have no problem getting up in front of strangers to sing their little hearts out. Some Karaoke singers are very good, while others, you may want to wear earplugs. However, it’s all in good fun and can be very entertaining.

Karaoke first originated in Japan during the 1970’s. In 1971, the first Karaoke machine was invented in Kobe, Japan, by a musician Daisuke Inoue. The name of the Karaoke machine actually came about when an orchestra went on strike. In lieu of the orchestra, they improvised and used a machine instead to play the music. Hence the meaning of the word Karaoke, “empty” “Orchestra”.

It is a Japanese tradition to provide musical entertainment during parties and dinners. Inoue’s friends would often ask for a recording of his music. Shortly thereafter, a small company president asked him to record some of his instrumental music so he could sing along to it for his clients. Obviously the gentleman felt as though he had a decent voice.

The history of Karaoke really steps up a level at this point as Inoue realised this could be a very popular music machine and invented the Juke 8 (a tape recorder machine), which was a machine that allowed people to interactively participate in the world of music. People could insert money into the machine and select songs they wanted to hear.

Once two club owners installed the machines into their clubs, this started the karaoke craze. The invention of sound proofed karaoke boxes were built and placed on different empty spaces in Japan. These sound proofed boxes were enjoyed and used but did not disturb others that were around.

The Japanese love music so much that they are never judgemental about listening to others sing. This is the main reason why karaoke is so popular in Japan. Even if you are a crappy singer, they will smile and clap along.

Karaoke has become very popular throughout the world and is a widely enjoyed form of music entertainment.  It is an open invitation to belt out a tune for anyone, anywhere. You don’t have to know how to sing, in order to sing along with a karaoke machine.

There is no better way to build up your karaoke confidence than renting a karaoke machine from us. You can sing until your heart’s content in the privacy of your own home and you will become very popular with family and friends once they discover you have a karaoke machine.

Your house will become the “go to” party house. Sitting around having a few drinks with family and friends opens up the door for getting out the karaoke machine. Singing, laughing and having fun releases those endorphins that will put you in your happy place.

Just imagine becoming as famous as Leona Lewis with her song Run on X Factor while practicing on one of our karaoke machines. I bet this is how she gained her confidence to go on the program.

Now you know who invented Karaoke and more importantly “The History of Karaoke”. We hope this blog was informative and answered your questions. Please do check out our other blogs including “How To Throw The Best Karaoke Party Ever” and of course get in touch here or by calling 020 3333 4444 if you need any more information. 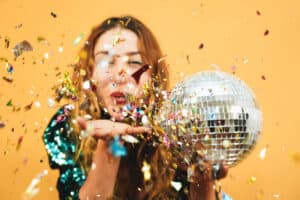 Every New Year’s Eve party has a few essential ingredients: the countdown to the New Year, sharing a kiss at midnight, and at least a 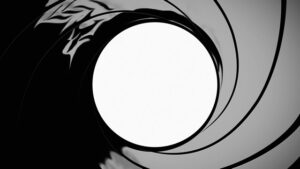 Have you ever wondered what makes James Bond theme music Bondesque? We reveal the answer to this question and more. In this 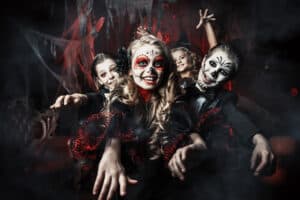 The Best Songs and Ideas for Your 2021 Halloween Themed Party

COVID Safe Halloween Party in 2021 Halloween is coming soon.. are you ready? Check out some of the best songs to make